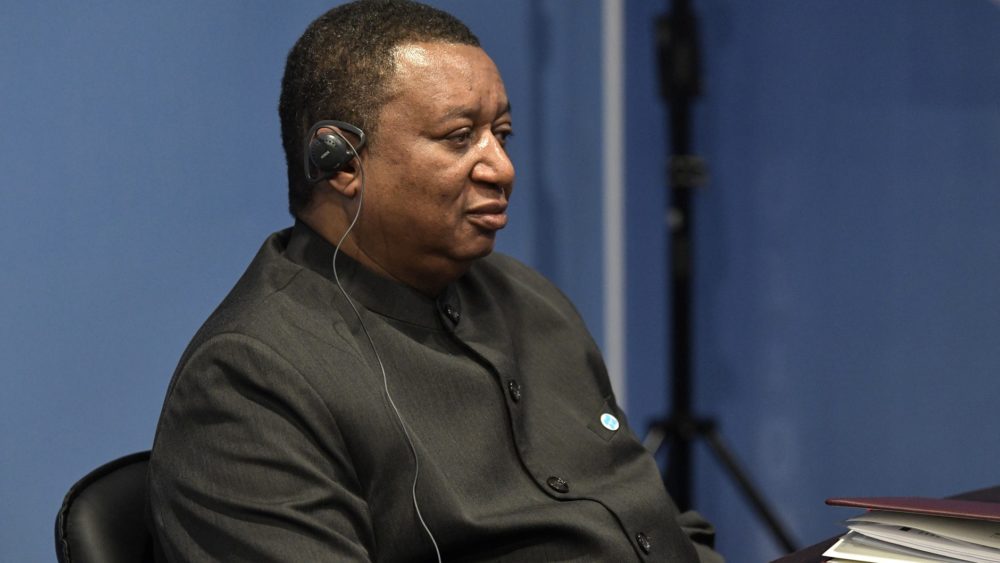 The Secretary General of the Organisation of Petroleum Exporting Countries (OPEC), Dr. Mohammad Barkindo, has said political leaders in some of the world’s most powerful nations helped in building consensus to curb the crisis in the international oil market caused by the Covid-19 pandemic and its attendant supply glut.

He said for the first time in many decades, OPEC faced a double whammy of demand as well as supply shocks of unparalleled proportions, but particularly singled out the role played by the United States in returning sanity to the market.

Barkindo argued that the pandemic has also proven beyond any reasonable doubt that multilateralism cannot be replaced in the world of today and the need to come up with a governance structure that will prepare the transition in a climate-friendly fashion.

Describing the decisions on April 9 and 12 to adjust supply globally by 9.7 MMbd as historic, the OPEC chief explained that the market was already facing projections of nearly 30 million bpd demand contraction in the month of April and between 25 to 30 million bpd in the second quarter.

“We tried to cobble together this agreement despite the differences among us and we welcomed the participation of the biggest producers in the world.

“In particular the United States that took it upon themselves to ensure that we were able to bridge the gaps between us, to restore communication between us, to finally take this decision including to the minutest details of the volumes.
“We are grateful to the US and other leading producers around the world that rallied around, including the G-20,” he said.

According to him, when ministers reach their limits in terms of their ability to compromise to provide some flexibility, the political leaders normally take over.
“Their intervention saved the situation,” Barkindo stated.
He posited that there was no objective whatsoever from OPEC as a group or even as individual countries to drive US shale production out of business.

“Everybody has a role to play. We need to balance the various variables. You have supply. You have demand issues compounded by a virus that has triggered a worldwide pandemic and is still ongoing.

“Therefore, nobody can say for certain what the outlook would be in the short-term, let alone the medium term. We are very much appreciative of the support and the cooperation we are getting from the US both at the level of policymakers as well as from industry.

“This industry is a global industry. Without the leadership of the US, it would be impossible for any group of countries to be able to maintain sustainable stability,” he said.
He also explained that OPEC will be 60 this September, stressing that the organisation intends to use the opportunity to review its existence in the last six decades.